The information age has first and foremost shortened distances, and has almost conquered space as we know it. An article written in Budapest will manifest itself on a computer screen in Brazil just hours after being written, a video posted in Malaysia is up on youtube and viewed within minutes in America. Many positive aspects of this shortening of distances can be felt, and medical tourism as a whole is possible only in such an age. But there are negative consequences as well. 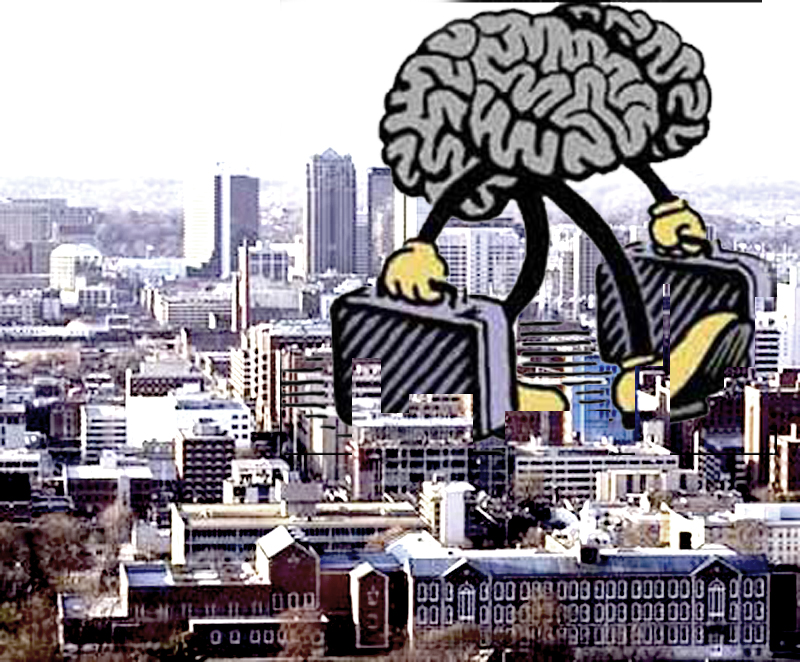 This concept is rather long standing, and is something that was discussed at length after the Cold War, as many Eastern European intellectuals, particularly ones involved in hard sciences like math, physics, chemistry and pharmacology, left their homes for a better life in the West. The term in its general sense is used to mean a process in which intellectuals and professionals (people who make a living with their brains) leave the country of their origins to capitalize on their skills in more prosperous countries. It is a real and existing problem, and many countries strive to give intellectuals and young professionals incentives to stay in the countries they are form, or otherwise are forcing them through intimidation and legislation to stay. A good example of this is Hungary; there have been massive riots in Budapest when the current right wing government passed some bills that students need to work in Hungary for a set amount of years depending on their majors after receiving a diploma. The cited reasons were of course to stop the brain drain.

One of the most useful professions, and one of the most sought after ones is of course the medical professions, including dentists. When doctors leave though, a lot of problems will arise, as a country needs competent medical professionals to work a health care system, public or private. But being a doctor is hard work, and involves a lot of schooling, and a lot of potentially unpaid training and being a resident at hospitals. This often results in a lot of debt, and a competent salary is needed to pay off debt and live a middle class existence, which doctors work very hard to achieve. If these things are not guaranteed, the doctors will leave.

The role of medical tourism in all of this is a positive one. If a professional can see patients that pay him/her an amount she/he can live off of, she/he will not leave family and friends behind in the “old country”, but will stay there. By bringing clientele to the host country, I think medical tourism is actually helping sort the issues caused by the brain drain (not to mention the fact that the doctor is now taxed in the host country, as are the facilities, the agencies supplying the medical tourists, etc). I think that the concept of medical tourism actually helps as a countermeasure to the brain drain, and while dentists may choose to travel abroad, it will look like a less attractive option than working in the public health system and maintaining a private practice for medical tourists, or working privately altogether.