Budapest in the Winter

Many patients who choose to get their dental treatment abroad tend to come during the summer or spring seasons. This is because the winter and late fall is not considered a “good time” to visit a foreign country, as the weather is bad, and you have to be more focused to be able to enjoy a dental holiday, as loafing around on the streets or just taking a walk maybe out of the question, due to snow or rain, or just plain cold and nasty weather. Luckily, Budapest is a city that has many attractions both indoors and outdoors, so a dental treatment in Hungary is not seasonal. 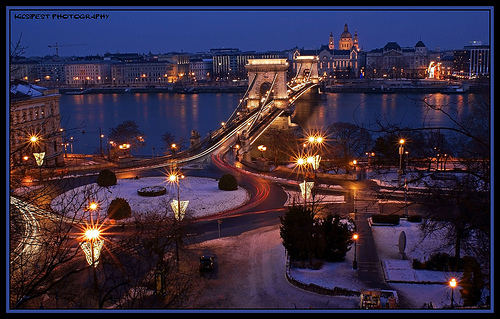 A dental treatment in Budapest is not complete without visiting the city’s famous spas. This is an activity for fair or stormy weather, and is even more enjoyable in the winter, when the weather is cold. Rightfully called the city of spas, Budapest has a number of spas to choose from, from a number of different eras, including the time of the Ottoman conquest, the Habsburg Monarchy, and even a few that can trace their roots back to the Roman period of occupation, when this part of the world was known as the Pannonian province. Some spas have even been updated, so to speak, to become water parks and have a variety of different fun pools, including whirlpools, underwater massage currents, and of course jacuzzis. The waters in Budapest are mostly thermal, having a high mineral content and usually being naturally warm.

Budapest has a literal treasure trove of inexpensive, and sometimes even free museums to visit. Even luckier for the museum goer who is taking a dental holiday in Budapest, almost all of them are within walking distance of each other. Be it military history, high art or folk art, geology or just national relics from historic eras, Budapest has a museum that can accommodate. We even have a transportation museum celebrating the different ways in which the citizenry got about their daily business in the capital, not to mention the Terror Háza, a museum dedicated to the red and white terrors and pogroms of World War 2 and the ensuing Communist regime, and the various secret police organizations active during that time period.

Art connoisseurs can also have a ball on a winter day in Budapest, as there are many famous galleries and art museums to go and visit, while waiting for dental treatment. Historically one of the leading cities of the art world alongside Vienna, things have fallen back a bit over the past century or so, but this has left an innovative and interesting space in which new ideas are explored through art. The evolution of a post-communist aesthetic is also alive and well here as in other former Eastern Bloc countries.

Whatever the weather, people need to eat. As with any other metropolitan city, Budapest has a wide variety of foods to choose from, which can be obtained at nearly any stretch of the day or night. Aside from staples of foreign cuisines, Hungarian cuisine is worth a shot in and of itself, as it is one of the best kept secrets of Eastern Europe. Thick, spicy stews, hearty soups and a rich vegetable cuisine awaits those who wish to get to know it, as well as a tantalizing obsession with pork, and arguably it is best done here. Hungarian wines are also some of the best kept secrets of the world, with fine reds and whites both being present in a wide variety, as well as the special Tokaji dessert wines.
These are just some of the reasons why the weather should not deter you from a dental holiday visit to Budapest, as you can see, there are plenty of things to do and places to see, even if a walk in the park is not suitable.