A map has surfaced on the Washington Post recently. It is a map that was designed to help tourists make a choice of destinations for their vacations. It is a map with the countries in various colors of the red and blue scale. It is meant to describe the most and least friendly places for foreigners to visit, with friendly places in blue, and unwelcoming places in deep red. Saudi Arabia and Russia, for example, re in red, while the entirety of Canada, for example, is blue, and the USA is grayish blue, indicating an openness that is not up to par with the Northern neighbor. Hungary, in the middle of Europe, fits in well with the color  scheme around it, which is a more or less uniform orange. 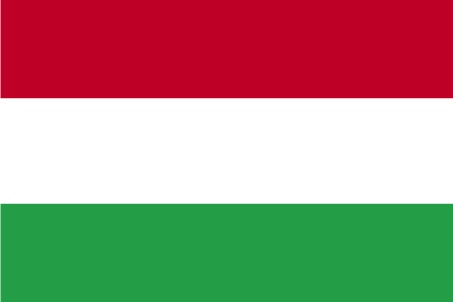 What’s Behind A Color

This color would mean that Hungary is, by this scale,a place that is unwelcoming to foreigners and tourists. It puts us a little bit closer to Russia than to say, the Czech republic in our outlook of foreigners, and this would make Hungarians suspicious of foreigners, would make them unhappy about tourism, and in general less accepting of other cultures. Allow me to iterate why this is wrong, and where the misconception could be stemming from:

1) The Map Itself: I find putting the entire country in one color is kind of misleading. Yes, Hungary is a very small, mostly rural country, with one third of the population living in Budapest and most other cities losing population quickly, and smaller villages remaining at roughly the same levels. A large percentage of the country live in isolated rural communities, who don’t like foreigners, or indeed, even people from the neighboring small, rural settlement. This is universal, and not unique to Hungary, sadly.

2) HIstorical context: Hungary has a very stormy history. In the 1920s, Hungary lost two third of it’s land mass to neighboring countries. Needless to say, diplomatic discourse between countries in this region has been dominated by this fact for some time, and when people think of foreigners, they do not think of tourists taking pictures in Budapest they think of invading Russian armies.

3) The map is racist: Seriously, though, let’s take a look at this map a little bit closer. In the comments section, you can find many allegations of racism, and as a native Budapest resident, I would have to agree. This is a map of where you will be tolerated most if you are an Anglophone white person. How could Australia, where aboriginal and immigrant life expectancy is more than ten years behind that of white Australians, or the US, where black men are 7 times more likely to go to prison for the same offence, be in the blue scale? Hungary has never owned slaves, never had colonies, and does not have the systematic oppression that countries who did engage in colonialism have. Of course many people are ignorant and racist, sadly more than in the West, but with more and more Hungarians living abroad because of the financial situation, this is changing rapidly.

At any rate, don’t let racist misinformation like this map lead you to faulty and hasty conclusions. Hungary is not any more or less racist and xenophobic than any other European nation, and Budapest has a reputation for loving tourists and for catering to them. There is such a thing as Hungarian hospitality, and if you ever experience it, you may hold all other peoples to much higher standards afterwards.