The Communist era was one that was completely defined by megalomania: a new vision of the world in which there was work to be done to change the world according to that vision, including society, the landscape habitation and pretty much everything else. The face of Europe will never be the same again: entire areas are now agricultural bread baskets, entire towns are now 10 story project buildings, and of course, the famous enormous statues of cyclopean proportions. 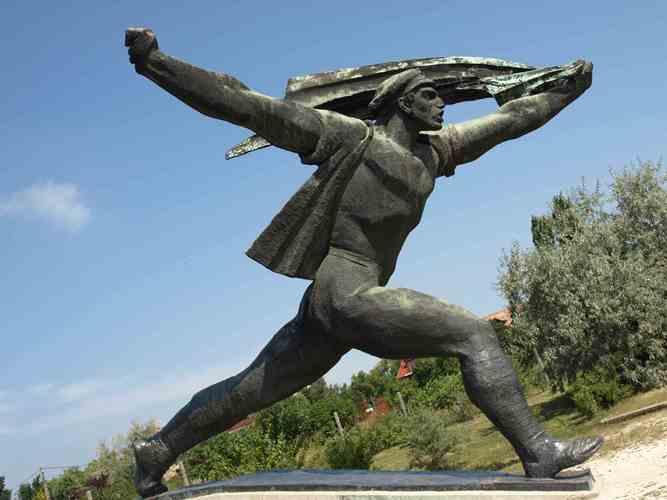 Statues of soldiers, flag bearing proletariats and harvesting peasants, and of course the Great Leaders of Communism (Marx, Engels, Stalin, Lenin, Rákosi and the rest) reaching up several stories have of course been removed from almost every public square, as this era was also one of wanton destruction, police surveillance, torture, intimidation, mass executions and the loss of any and all civil liberties. But instead of getting rid of them entirely, the Hungarian government has decided to make a statue park out of them, and this is what Memento Park is.

A fifteen minute bus ride from Deák tér with the 150 bus will land you on the outskirts of the XIth district in south Buda, the most populous district in Budapest, and this is where the park is located. Here you can see the old statues, here some cool and sometimes sad stories, see the glory of a bygone era and the madness of its leaders, and there are several other cool activities you can partake in, like a Trabi ride, learn about double agents, and a score of other things as well. Check their website out here: