In an effort to keep up with the times, oil companies have made one of the most startling turns that marketing has ever seen. Big companies like Shell, Exxon, and the Hungarian MOL are embracing the green movement and are putting more effort and resources into green initiatives. MOL for instance has started a bike operating system to try and cut back the pollution in the Hungarian capital. 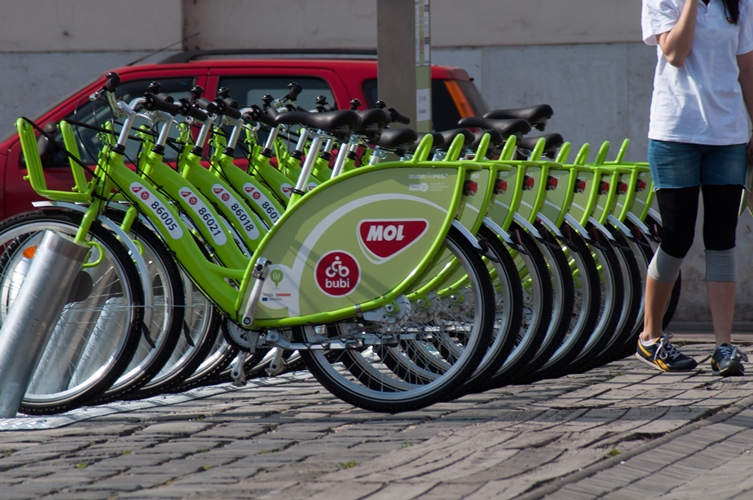 The MOL Bubi is an initiative in turnstiles holding bicycles have been placed throughout the city. You can get a bicycle by purchasing a ticket or pass on the public transport system. You can use your ticket or pass to unlock the turnstile, and you can take a bicycle and ride to the turnstile that is nearest your destination, and then lock it back up. There are dozens of places all throughout the inner city, located on both the Buda and Pest side as well. To see a map of the city with the individual turnstiles duly noted, go to the MOL Bubi website athttp://molbubi.bkk.hu/, and you can get any and all information about the initiative that you may need.

The initiative is hoping that many people will sue the new, “free” bicycles, as there is a considerable bicycle culture in Budapest, and anyone who has spent a few minutes stuck in traffic can eagerly tell you. Critical Mass is an extremely important event, and the city becomes immobilized when it occurs, and there are cycle routes all throughout the city. Budapest is one of the most bike friendly cities, and riding a bike here is very easy, and you can get most anywhere on a bike path and those few places where you can’t, you can ride on the sidewalk and no one will say a thing.

As with any new, massive innovations on the scale of the MOL Bubi programme, certain hardships are to be anticipated. There have been several cases of theft for example, and many cases of people not understanding how turnstiles work or how to properly operate the renting area. However, in an attempt to overcome this rough starting phase, MOL is offering cheaper rates until the end of the year, and several discounts and bargains in order to entice would be riders to take the extra step and use the MOL Bubi programme. The entire system was extensively tested, and is an important step in the Budapest car free day that is coming.