Pálinka: The world renown elixir of the Hungarians, made of fruit and enjoying a sort of notoriety only few spirits can claim. Far from being just a means to an end of getting drunk, Pálinka has a culture and tradition behind that is as complex and refined as the love of wine or beer, but is often lost in the haze, as it is a quite strong spirit. According to the legend, a Royal decree was issued during a famine that potatoes and grain cannot be fermented anymore, so the clever Hungarians took to fermenting fruit, with an inebriating and delicious outcome. 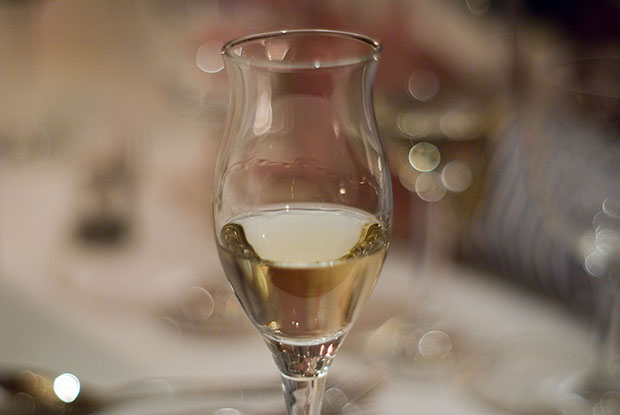 Although the festival was only open from May 7th until the 10th, there is always good Pálinka available in Budapest, so anytime is a good time to sit down and enjoy this delicious beverage, and there are fine establishments that cater especially to Pálinka.

Somewhere in between a shop and a bar, dealing only with Pálinka is Abszolút Pálinka, located in the famous Kazinczy street, in the centre of the party district. The place sells Pálinka made from just about any fruit you could possibly imagine, and possibly a few you cannot. You can taste what you are about to buy as well, but always with caution.

Rézangyal is one of the most famous brands of Hungarian pálinka. Their bistro is nothing short of a treasury, with over 100 varieties of exquisite and rare types of pálinka, and some really good food to go with it. You can buy by the bottle here form the many different varieties Rézangyal has to offer, or you can sit in and enjoy a few drinks there, or even go on a tasting.

Pálinka from every end of Hungary can be found in this store off of Rákóczi út. It is not a bar or dining establishment, but there are several flasks you can taste. One of the biggest varieties of independent producers, name brands and rare delicacies in the city.


In 2008 legislation was passed to protect the traditions and authenticity of pálinka. Only alcohol that was made from fruit that was grown in the Carpathian basin and is indigenous to it is considered pálinka. It has also been decreed that anything under 37.5% alcohol is not pálinka, so make sure that when enjoying it you are aware that it is quite strong drink. Make sure you have food with it, and make sure you do not have too much, as that can have disastrous effects. Because of its strong flavour, even 0.02 is enough to feel the taste.