Every city, every town has a downtown, and a district that is loved by tourists and looked down upon by locals. This is the district that has the museums, the Potemkin of a historical city, and is necessarily out of touch with the living districts; this district is for the sightseers, the tourists, the visitors, and it tends to show the best side of a city. In Budapest, this is definitely, without a shadow of a doubt the 5th district, and its twin, the 1st district across the Danube. 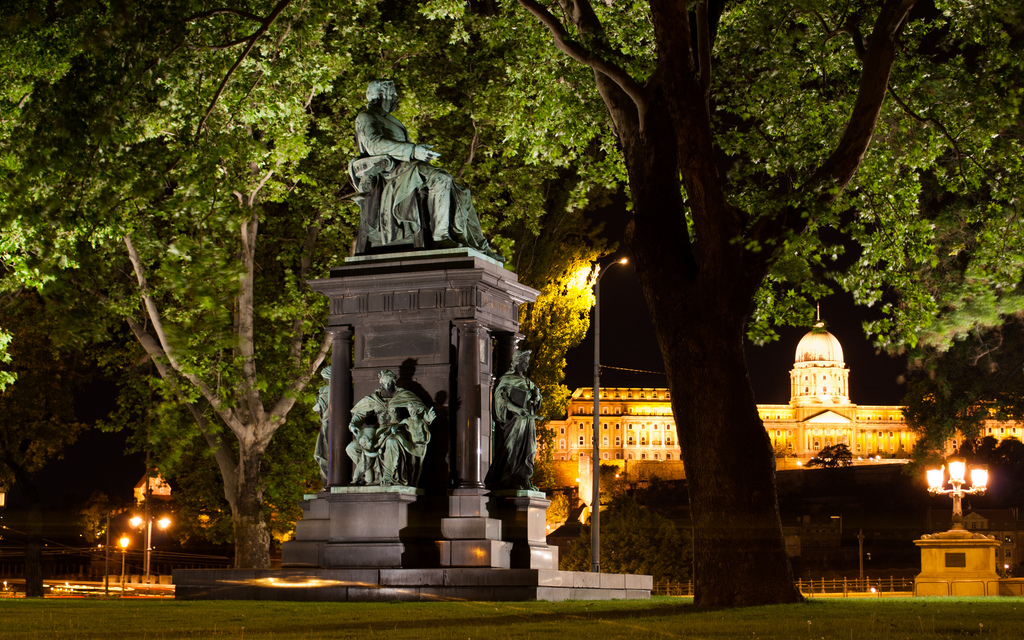 In Budapest the downtown of the city is referred to as the Inner city. Historically, Buda was first just a castle ((the Buda Castle, of course), and a town arose around it, so the further out you go, the newer the districts are. The numbers of the districts may seem totally random, but they are given in order of incorporation into the city, and roughly form a spiral going outwards from the 1st district. This is why the downtown is referred to as the inner city, as it lies next to the Danube, inside, surrounded by the outer districts which are generally living quarters.

The 5th district is the Museum district, it also holds the House of Parliament, the Ethnographic Museum and the beautiful Kossuth Square, which is considered the nation’s capital square. The waterfront is bedazzling, with beautiful and ornate corso running along the Danube, complete with statues, tiny wrought iron gates and a tram line (the 2 tram) that runs along the river and is very useful. The cultural and transportation epicentre of Budapest, Deák tér, where 3 metros meet, is also located in this square, and the Erzsébet square right next to it can be said to be the biggest nightlife attraction in the city, as it houses the ever so popular Aquarium (which is a bar and not a fish tank).This is also the old theatre district, and most of the old movie theatres that Budapest is famous for, as well as the theatres are located in this district. The Vörösmarty square, unparalleled in its beauty is also here, and is home to the Christmas market, which will be starting up in around a month. The Váci street (not to be confused with Váci út) is also in the 5th, and is the elegant shopping street, with high end retailers, clothes shops, restaurants, furriers, blacksmiths and a whole host of tourist attractions.

When all is said and done, this district draws the most tourists and possibly generates the most revenue for the city, and is important both culturally and financially. It is a must see, if you are visiting Budapest.