The Bazaar in the royal Castle at Buda is special as it is one of the last still standing vestiges of Turkish Ottoman rule. It captures an important period in the country’s history, one that it does not like to remember at all, and that is often augmented, glossed over or otherwise neglected as unimportant. When the Ottoman Turks were defeated, the jubilation was great, and everything that had been built in the 150 years of Ottoman rule were desecrated, destroyed or expropriated and turned into churches and private abodes. Only a few buildings and edifices remain to tell the tale of Budapest in the Ottoman period, and the Bazaar is one of them. 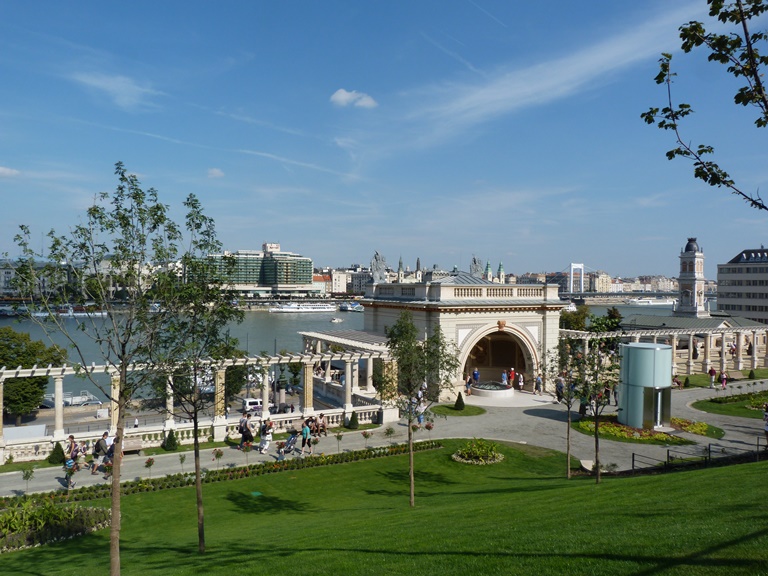 The Bazaar is located in the Castle, and it flanks the Ybl Miklós square. This is one of the stops of the Castle bus, and is easy to get to. The Bazaar was redesigned by Ybl Miklós, the man who rebuilt Budapest from almost total devastation. It was built to overlook the Ifipark, an enormous closed park that is used by the schools and colleges nearby. The building itself is enormous, and it has a bazaar space where vendors can gather and hawk their wares. Unfortunately, the entire strip of the castle was closed down and was in complete disarray until very recently, and now that the strip has been rebuilt, it will be opening soon.

The edifice and the park behind the Várbazár is unlike anything else in Budapest, and thus offers a completely unique experience for the visitor. The view from the Várkert is also a treasure that has been lost for some time. Usually, the Corso on the Danube only allows one to look at the Buda side, and spots that are on the river and offer a good place to sit down relax and appreciate the riverside face of the Pest side of the city are sparse. The várkert offers many such spots, and ones with a cozy atmosphere and some nice shady trees in the background, too.

After being rebuilt by Ybl MIklós, who gave this important historical edifice its current face, the Váérkert was a place where commoners met and had a beer, stared at the city, and in general was one of the meeting places in Budapest. It remained so until World War 2, when the entire face was destroyed and the entire Bazaar was in intense disrepair, as the Nazis used the castle as their last bastion before breaking out into the city, only to be captured by the Red Army. The Reds decided not to renew the monument (perhaps to show the signs of victory over fascism, perhaps because the Cstlée was too bourgeois, perhaps because money was needed to build housing for workers, it is unclear why), and it was left to languish until 2013, when renovations started. These renovations ended in April 2014, and the UNESCO heritage Monument can be visited even now, while the rest of the park and the Bazaar are being restored, and soon it will work as it was originally intended to, as place of commerce and socialization.