The biggest park in Budapest is located in the middle of the Hungarian capital, where the true midtown of the Vth, VIth and VIIth districts meets the XIVth district. It is a wonderful place, and quite unlike any other park in the world. It essentially marks the end of the party district, and the beginning of the outer, residential districts.

Heroes Square and the Museum District

The Museum District starts at the entrance of the Városliget. The Heroes Square, with its many statues and monuments is quite a sight to behold, and it also holds two of the most important museums in the country: The Museum of Fine Arts and the Műcsarnok (sometimes called the Palace of the Arts). Many more museums are located just around these, and the park itself holds many wonders to behold. 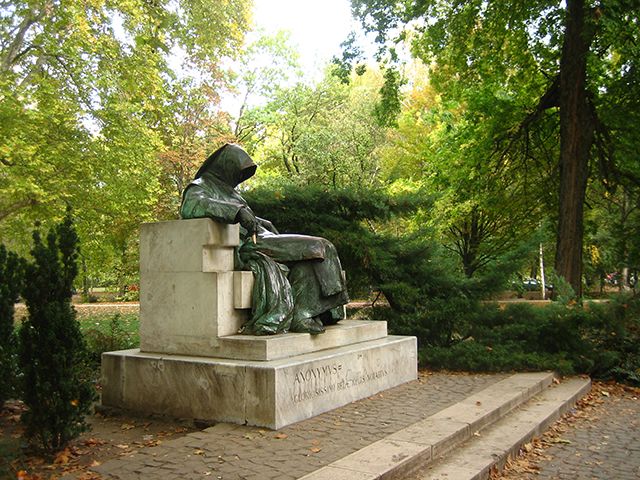 Notable things to see in the Városliget:

- The Vajdahunyadvára is a one tenth size replica of one of the biggest castles in Transylvania, with additional little quirks and architectural wonders added throughout the years. The end result is a humongous palace encompassing many different architectural styles and eras, and is a monument to the many different epochs that this city has seen.
- The Duck pond is an artificial lake in the side of the park close to the Heroes Square. You can rent a paddle boat (or a giant bubble) and go out onto the lake. A very fine steak house is also located on the waterfront. Periodically art installations appear on the lake.
- The Széchenyi bath house is one of the oldest bath houses of Budapest, a city known for its healing thermal waters. The Széchenyi bathhouse is located in the park, across from the Zoo and the Circus.
- The Transportation Museum and the Agricultural museum are both located in the Városliget, although at opposite ends of it.
- The soon to be demolished Petőfi Hall is an important landmark, as it is one of the largest music venues in Budapest, and is iconic, as it was the only music hall in the 1980s. The hall turned 30 years old this May.
- Throughout the park many installations and statues can be seen, including many historically relevant works of art, as well as public art.

The Városliget is located on several BKK bus and trolley lines, and the 1 tram also runs near it, making it easily accessible by bus, and the 1 metro also stops several times in the Városliget. Most bicycle routes go through the Városliget, and it is a heaven for cyclists