Things To Do In Budapest II- Museum Of Ethnography

The museum is located on Kossuth square, the same enormous square that also holds the parliament, and the Ministry of Agriculture. The Museum of Ethnography is a one of a kind museum, and is based in a beautiful, historic building. The museum has many permanent exhibits, all of them dealing with the origins and folk art of the Hungarian people, as well as other, presumably related Steppe people as well.

Aside from this, there are many temporary exhibits in the Museum as well, like the current photographs of Spanish and Balkan gypsies, as well as the folk art of a tiny Estonian island. The temporary exhibits are always extremely diverse, and often times deal with the understanding of folk art and indigenous culture in the modern world, which is a topic that can be endlessly extrapolated on.

Ethnography is extremely important for the Hungarian people in particular. While this branch of science is important for all peoples, it is especially important to the Hungarians, as our past is shrouded in mystery. What is known is that the Hungarians were a nomadic peoples, latecomers to the European continent, when the playing field was already divided, and the system of writing that was used was destroyed. When settling down, all things of old were abandoned under the auspices of Christian tyrants. This is why folk motifs, folk art and traditions are so important, they carry the last vestiges of a nation’s history, however idealized, foggy and uncertain they may be. 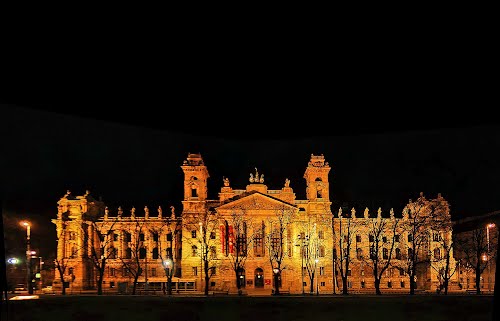 The museum is extremely cheap, and all of permanent exhibits can be seen with validating just one ticket. The temporary exhibits usually require a second ticket to be bought separately just for the exhibit one wishes to see. The museum is also home to many lectures and roundtable discussions about origins, folk art and everything related to ethnography, most of it, of course, in Hungarian,a lthough there are exceptions. The museum also has a website which can be viewed in English, and has information about current temporary exhibits as well as lectures and special occurrences as well.