Things To Do In Budapest IV- The Spas Of Budapest

Budapest is rightfully known as the city of spas. With naturally occurring hot thermal water underneath the Buda hills, and the entire country having the second highest amount of thermal waters in the world -the first being Reykjavik-, you will more spas than you can count. Aside from being the best place to rest after an operation, many fun activities await the spa goer, and some spas even transform into discos and clubs once the night falls. To put it simply, there is an incredible spa culture in Hungary, which is a must see. 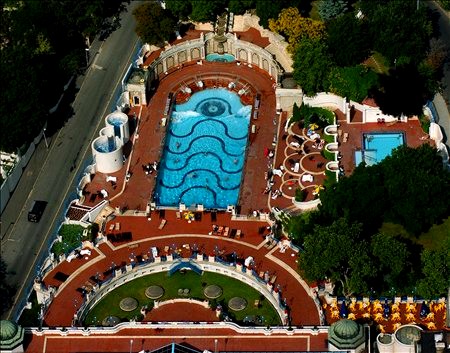 Why Spas Are Good

The hot thermal springs which are the source of water for the spas have many nutrients and minerals in them that are good to immerse yourself in. The minerals and the hot water will soothe your nerves, and actually lead to a quicker recovery time, and a faster healing process. This fact was known to the Romans, who used spas to quicken soldiers recoveries. Indeed the soothing, warm, mineral rich water will soothe both body and mind, and restore both fo them to health. Of course you should not gargle with the spa water, but there is bottled water in most spas that also has the same properties and is quite safe to drink.

With so many spas available, and all of them being reputable places that have been around for the past century or so, it is quite hard to decide which one to visit and which one to leave for the next dental appointment. I want to list three of the most famous ones, and say a few words about each one.

Gellért Spa: Located at the foot of the Gellért hills, this spa is also a wellness hotel, and has been around since the second half of the eighteen hundreds. It has a whole host of things to do, including massage and cosmetic products made out of the mud caused by the healing waters bubbling up at a natural 37 degrees from beneath the smallish mountains in the nearby. They have pools and spas of varying temperatures, as well as a fun whirlpool as well. An excellent caterer also works in the hotel, making sure that you have something good to eat while immersed in the thermal waters. 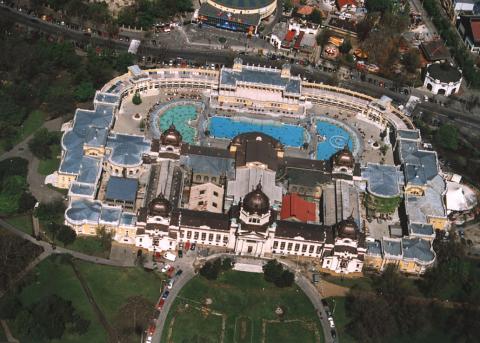 Széchenyi Spa: This is one of the oldest spas in the world, but it was rebuilt into its current form in the eighteen hundreds. Situated in the largest park of Budapest, the famous Városliget, the spa boasts an imp?resisve building, a neoclassical wonder with wings that strongly resemble the Baroque period. The interior is mostly marble, with statues of ancient water gods and nymphs pouring the water unto the weary traveller. Many different pools are available, also a massage parlor and beauty parlor offer their services for the patrons of the spa.

Rudas Spa: The Rudas is famous for being one of the most traditional spas left in Hungary. They have separate days for men and women, but up until very recently, the spa was all male, and thus has become known as a gathering place for the homosexual culture of Hungary, which brought with it a certain amount of notoriety. Of course all of these things are quite irrelevant, but what is important is the great atmosphere of a truly old building, and the three pools available with naturally occurring, mineral rich thermal water. These waters have a high percentage of sulphur, lending a very distinct, although not unpleasant funk to the place. It is a very authentic experience, and the spa hosts the Cinetrip, which is a musical event starting at night, in which excellent DJs spin the wax all night long, and a world class light show is also a mainstay of the event, with the light reflecting off of the vapors and rippling waters, creating a unique experience that is definitely worth a visit.